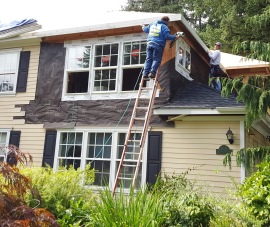 Kam and Patricia VedBrat went through a relatively complex remodeling project to their Bridle Trails home, which included over 250 separate safety concerns. From digging, to climbing, to welding and even the use of a crane, each safety concern was repeated many times per day throughout the course of the project. If one were to calculate each potential chance for injury, the figure would be in the millions. But how is it possible no injuries occurred?

It’s no wonder safety is such a big deal. Anytime a tool is in use, a trench is dug, scaffolding is set up, or a truck is backing up – someone is in a potentially dangerous situation. It is the responsibility of the contractor to make sure the workers are safe on the jobsite. Safety requires ongoing training. So the safest workplaces are generally the ones with the most robust training and compliance programs. 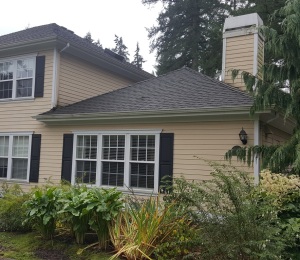 There are 6 primary concerns a homeowner expresses when undergoing a remodel on their home: budget, schedule, security, quality, communication, and safety. Tenhulzen Residential won the National Safety Award in 2009 and 2017. The first award was a decisive reason for the VedBrat family to choose Tenhulzen to perform their project. The second was applied for to verify our safety program was still pertinent during their project. “This was going to be a major project for us,” says Patricia, “and the safety of my family throughout the duration was as important as how much it cost.”

The VedBrat project was considered a whole house renovation, including a kitchen addition and upper floor addition complete with reconfiguration of master suite. “The only rooms they didn’t touch,” continued Patricia “was the main floor office and two upper bedrooms. Originally, we were going to live in the construction, but when we expanded the project, it got too close for comfort and we found a rental instead.” Although the occupants had moved out, safety was still of utmost concern. Each day resulted in rolled-up cords, a swept floor and locked doors. Location Manager, Ryan McCurdy expressed “It doesn’t matter if the home is occupied or not, safety is a practice and when you don’t practice, you get hurt.”

The VedBrat family moved in just as the final touch-ups were being done. Kam VedBrat recalled “Everything went so smoothly that our only concern became how to furnish the new rooms.”