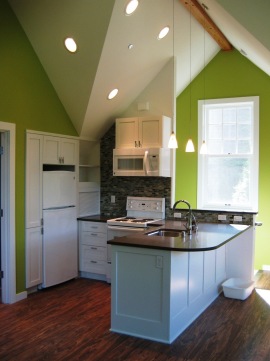 If you’re reading this, your home is likely on a sizeable lot and comfortable for a family of four or more. You may be nearing retirement with your significant other, having raised your children in a 3,000+ square foot home with three garage bays full of memories, and a decaying sport court amidst a plethora of intimidating yard work. In the current housing market, it doesn’t make sense to downsize when entering the growing group of “empty nesters” because the costs of doing so locally just doesn’t pencil out to any financial advantage.

One way local residents have improved their properties is by creating an Accessory Dwelling Unit (ADU). The most popular ADU is initially designated for a family member, with the eventual goal to later provide income from a tenant. The first ADU we built was for a snowbird mother who spent the summer with her daughter and son-in-law. Mom paid for the additional ground floor suite, kitchenette and living room and lived there happily until her passing. When the homeowners plan to sell, the additional equity that would have passed through inheritance tax is now available for a 1031 exchange instead. 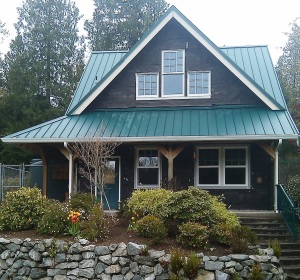 When the ADU pictured here was first proposed to the King County Building Department in 2011, the permittable plan was not allowed to have a separate cooking appliance in the kitchenette. It also required additional fire separation, and was subject to increasing the capacity of the septic system regardless of reduction of bedrooms in the primary dwelling. A similar build in the City of Woodinville in 2015 required that the ADU be fitted with a fire suppression system, AND that the primary dwelling (with acoustical ceiling containing asbestos) be retrofitted as well. In both cases, approximately 25% was added to the hard costs of construction for life safety compliance. 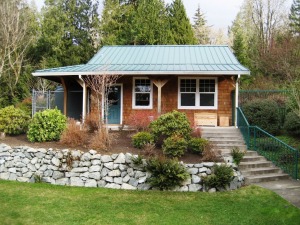 This doesn’t mean all ADU’s cost more than standard additions. The popularity of ADU’s has slowly increased as governing jurisdictions continue to loosen their restrictions on code requirements. Today’s ADU requires a fully-functional kitchenette to qualify, and standard construction codes are accepted for common walls between owner and tenant living spaces. The City of Kirkland has gone as far as to issue a separate address for an ADU.

Interested in learning more about how an Accessory Dwelling Unit would integrate into your home? Visit https://tenhulzen.com/adu for more information.

“The Tenhulzen Yard”Safety: The Most Important Part Of The Job
Recent Performances